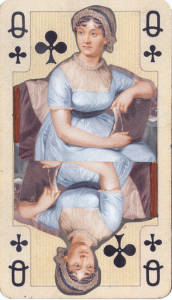 Olivia Loksing Moy is Assistant Professor of English at Lehman College, CUNY, where she serves as director of the English Honors Program. Her research interests include Romantic, Victorian, and Modernist literature; poetic theory; and the Gothic. She is currently at work on a monograph that investigates the influence of Ann Radcliffe and the 1790s gothic novel on the major Victorian poets. Moy is also currently collaborating on a translation project that explores the Latin-American reception of John Keats. She is an organizing member of the Victorianist Collective and, along with Dhipinder Walia, serves as a coordinator for this year’s Activism in Academia symposium at the Graduate Center. Her articles have appeared in Women’s Writing and the Tennyson Research Bulletin.

Alison Booth is Professor of English and Director of the Scholars’ Lab at the University of Virginia. Her research has expanded her feminist and narratological studies of cultural and literary history in Britain and North America since 1830 into digital humanities and bibliography.  A continuing theme in her books and articles has been the reception history of authors and the construction of collective biographical histories, or prosopographies. Her work in narrative theory has focused on life writing and the prevalent form of collections of short biographies, concentrated in her bibliography of collective biographies of women and the related book, How to Make It as a Woman (2004).  The annotated bibliography has been developed as an online site sponsored by the University of Virginia Library, and now forms part of the peer-reviewed NINES digital consortium. In 2010-2012, as Resident Fellow in the Institute for Advanced Technology in the Humanities, she developed a schema (Biographical Elements and Structure Schema) for comparative analysis of versions of one person’s life or short biographies in various types of collection, along with a database of the 8,000 women in the 12,000+ collections in the project. Her most recent book, Homes and Haunts: Touring Writers’ Shrines and Countries (2016) is a transatlantic study of writers’ house museums and narratives of pilgrimage in the nineteenth and early twentieth centuries.

Jill Ehnenn is Professor of English at Appalachian State University where she is also an affiliate of the Gender, Women’s and Sexuality Studies Program. Her research interests focus upon intersections of subjectivity, sexuality, and embodiment in nineteenth-century literary and visual texts.  She is the author of Women’s Literary Collaboration, Queerness, and Late-Victorian Culture (2008) is currently working on two book projects, the first titled  Forms of Embodiment: Disability, Sexuality, and Nineteenth-Century Literary Form, and the second titled Art Objects and Women’s Words: Victorian Women Writing Ekphrasis.  Work-in-progress on contemporary queer issues include an article on queerness and choice.

Maia McAleavey is Associate Professor of English at Boston College. She specializes in nineteenth-century British literature and culture, the history of the novel, narrative analysis, and genre theory. She is the author of The Bigamy Plot: Sensation and Convention in the Victorian Novel (2015) as well as of articles that have appeared in Victorian Studies, Representations, Dickens Studies Annual, and Victorian Review.

Carolyn Oulton is Professor of Victorian Literature at Canterbury Christchurch University, and Director of the International Centre for Victorian Women Writers (ICVWW). Current ICVWW research projects include, From Brontë to Bloomsbury: Realism, Sensation and the New in Women’s Writing from the 1840s to the 1920s and Gates to the Glorious and the Unknown. Previous projects have included Letterpress Reimagined (a Heritage Lottery funded project in collaboration with the National Trust at Sissinghurst). She is author and editor of many books, including most recently Dickens and the Myth of the Reader (2016) and, with Adrienne E. Gavin, Writing Women of the Fin de Siècle: Authors of Change (2012).

Talia Schaffer is a professor of English at Queens College CUNY and the Graduate Center CUNY. Schaffer is the author of Romance’s Rival: Familiar Marriage in Victorian Fiction (2016); Novel Craft: Victorian Domestic Handicraft and Nineteenth-Century Fiction (2011); and The Forgotten Female Aesthetes; Literary Culture in Late-Victorian England (2001). She has co-edited a special issue of Victorian Review, “Extending Families,” with Kelly Hager (2013); published a collection called Literature and Culture at the Fin de Siècle (2006); produced a scholarly edition of Lucas Malet’s 1901 novel, The History of Sir Richard Calmady (2003); and co-edited Women and British Aestheticism with Kathy A. Psomiades (1999). Schaffer has published widely on Victorian familial and marital norms, disability studies, women writers, material culture, popular fiction, and aestheticism. She is currently working on a project that adapts the feminist philosophy of “ethics of care” into a method for reading social relations in Victorian fiction.

Martha Vicinus is Eliza M. Mosher Distinguished University Professor Emerita of English, Women’s Studies and History, University of Michigan, Ann Arbor.  In the fall of 1970, as a new editor of Victorian Studies, she published the first special issue on Victorian women.  She has written on working-class literature, Victorian women, the Victorian theatre and theatricality, and the history of sexuality.  Her current work, “Cosmopolitan Women, 1880-1930” considers the friendships, politics and aesthetics of a group of fin-de-siècle Anglo-American women writers.

Nancy Armstrong is the Gilbert, Louis, and Edward Lehrman Professor of English at Duke. She has served as editor of the journal Novel: A Forum on Fiction since 1996 and serves as co-organizer of The Novel Project at Duke, a faculty research seminar. Her scholarship explains how novels imagine a world that can be inhabited (or not) in specific ways by historically and culturally variable readerships. Author, editor, and translator of fourteen books, Armstrong is best known for her groundbreaking  Desire and Domestic Fiction: A Political History of the Novel (Oxford University Press, 1987), in which she argued that domestic fiction written by, for, or about women first imagined the forms of courtship, marriage, and household that serve as the conceptual units of the modern liberal state.  Other crucial Victorianist criticism includes Fiction in the Age of Photography: The Legacy of British Realism (Harvard University Press, 1999) and.  How Novels Think: The Limits of Individualism 1719-1900 (Columbia University Press, 2006). Her next book, Novels in the Age of Democratic Writing, co-authored with Leonard Tennenhouse, will appear next fall.

Elaine Showalter is Professor of English, Emeritus, at Princeton University. Since retiring in 2003, she has been dividing her time between Washington, D.C. and London, where she was recently elected a Fellow of the Royal Society Of Literature.  In 2012, she also received an honorary degree from the University of St. Andrews in Scotland, and won  the Truman Capote Award for Literary Criticism for A Jury of Her Peers: American Women Writers from Anne Bradstreet  to Annie Proulx (2010). She is the author of the groundbreaking books A literature of their own: British women novelists from Brontë to Lessing (1977), The female malady: women, madness, and English culture, 1830–1980 (1985), Sexual anarchy: gender and culture at the fin de siècle (1990), Hystories: hysterical epidemics and modern media (1997), Inventing herself: claiming a feminist intellectual heritage (2001), Teaching literature (2003), and Faculty Towers: The Academic Novel and Its Discontents (2005).  Her most recent book, The Civil Wars of Julia Ward Howe, was published in 2016.

Built with WordPress Protected by Akismet Powered by CUNY