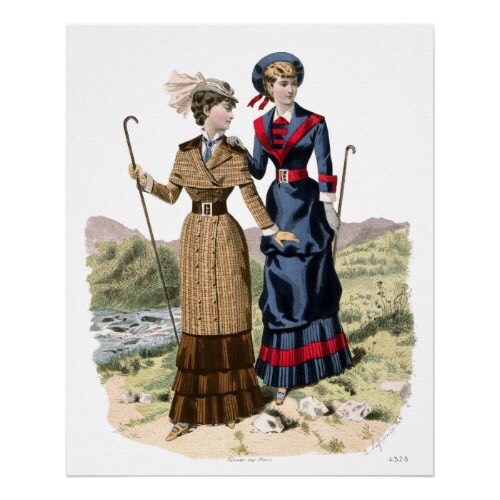 Michael Tondre is Assistant Professor of English at Stony Brook University (SUNY). He has published articles in PMLA, ELH, Nineteenth Century Literature, and Victorian Literature and Culture. His forthcoming book, The Physics of Possibility: Victorian Fiction, Science, and Gender (Virginia), traces the rise of mathematical physics to conditional conceptions of history that transformed fiction and the “hard” sciences in nineteenth-century culture. His current project is Refinement: Oil, Aestheticism, and British Culture, 1865-1930. Positioned at the intersection of the environmental humanities, material culture studies, and postcolonial critique, the book examines how Victorian doctrines about aesthetic self-cultivation and l’art pour l’art animated new notions of petroleum power, and vice versa, in the era heralding the dawn of oil culture. He has taught courses on literature and climate change, imperial imaginaries, British aestheticism, and new and pre-modern materialisms, and also serves as Science Editor for the journal Victorian Literature and Culture.

Siobhan Carroll is an Associate Professor of English at the University of Delaware. She specializes in British literature from 1750-1850 – the turbulent historical period called the “Romantic Century” – and in modern science fiction and fantasy. She is interested in the ways that literature has shaped our understanding of empire, community, and the natural world. Her first book, An Empire of Air and Water: Uncolonizable Space in the British Imagination, 1750-1850 (University of Pennsylvania Press, 2015), describes the complicated relationship between literature, science, and exploration during the growth of the British Empire. She is currently working on a new book, Circulating Nature: Planetary Politics in the Transatlantic Imagination, 1791-1914, which examines how Americans, Canadians and Britons came to view Nature as a global phenomena.

Dennis Denisoff is McFarlin Professor of English at the University of Tulsa. He works in Victorian and Modernist literature and culture, with particular expertise in decadence and aestheticism, eco-paganism, gender/sexuality studies, and animality studies. He is the author of 6 books and co/editor of 8. He is currently completing an edition of Arthur Machen’s decadent and occult works, and co-editing The Routledge Companion to Victorian Literature. His is also completing a monograph on Ecology, Paganism, and Desire in Britain: 1860-1920. He is co-editor of the journal Studies in Walter Pater and Aestheticism, co-director of the Women’s and Gender Studies Program, and editor of the Routledge Book Series on Among the Victorians and the Modernists.

Mark Frost is Senior Lecturer in English Literature at the University of Portsmouth. His current research projects include articles on waterways, bodies, and environmental abjection in Dickens, Ruskin, Gaskell, Morris, and Jefferies (for a special issue of 19 on Victorian ecology) and on cultural and environmental anxieties in late Victorian disaster science fiction (for a Routledge collection). His principal research focus is on pastoral in early Victorian fiction. He plans a monograph that will seek to return to and reformulate pastoral theory via ecocriticism, Animal Studies, Material Culture Studies, Kristeva, Foucault, and Agamben, and to apply this theoretical framework to a range of canonical and marginal fiction from the period 1837-1859. A recent article on Dickens and pastoral was an early manifestation of this project. He is co-editor of Eighth Lamp: the Journal of Ruskin Studies (OScholars), a member of the editorial board of OneHand Press, and a member of the Ruskin-in-Wyre Steering Group based in the Wyre Forest near Bewdley. His new edition of Richard Jefferies’ After London was published by Edinburgh University Press in 2017. He also co-edited (with Paraic Finnerty), and contributed an article to, a special issue of Critical Survey on transatlantic celebrity culture.

Devin Griffiths is Associate Professor of English at the University of Southern California. His research examines the intersection of intellectual history, scientific literature, and the digital humanities, with emphasis on nineteenth-century British literature and science. At the center of his research is the question of how literary form shapes our experience of time and natural systems. His work on this subject has appeared in ELH, Studies in English Literature, Nineteenth-Century Contexts, Literature Compass, and Book History. His first book, The Age of Analogy: Science and Literature Between the Darwins, published in 2016 by the Johns Hopkins University Press, examines how historical novels established a new relational understanding of history and furnished a new comparative method, shaping the disciplinary formations of both the life sciences and the humanities. It was shortlisted for the British Society of Literature and Science’s book prize, and was runner-up for the first book prize of the British Association for Romantic Studies. He is at work on two new book projects: “The Ecology of Form,” which examines how mid nineteenth-century naturalism offers alternative models for ecology and the study of literary form, and “The Radical Catalogue,” which studies the science of order that organized nineteenth-century print and natural history collection, and tests the relation between empire and modern information technologies.

Nathan K. Hensley is Assistant Professor of English at Georgetown University, where he works on nineteenth-century British literature, critical theory, environmental humanities, and the novel. His book, Forms of Empire: The Poetics of Victorian Sovereignty (Oxford, 2016 [UK], 2017 [US]), explores how Victorian writers expanded the capacities of literary form to account for the ongoing violence of liberal modernity. His current project draws on ecological thinking to understand how literary works imagine categories like will and personhood in the context of ​failing systems. With Philip Steer, he is coeditor of Ecological Form: System and Aesthetics in the Age of Empire (Fordham UP, Fall ​2018)​; and he is co-director of the 2016-2018 Mellon-Sawyer Seminar at Georgetown, “Approaching the Anthropocene: Global Culture and Planetary Change.”

Deanna Kreisel is Associate Professor of English at the University of British Columbia. Her main research specialty is Victorian literature and culture. Her first book, Economic Woman: Demand, Gender, and Narrative Closure in Eliot and Hardy (Toronto 2012), examines how images of feminized sexuality in the mid-Victorian realist novel reflected widespread contemporary anxieties about the growth of capitalism. She is co-founder of Vcologies, an international working group of nineteenth-centuryist scholars interested in ecocriticism and environmental studies. She is currently at work on a new book on the history of the sustainability concept and utopianism in the nineteenth century.

Barbara Leckie is Associate Professor of English at Carleton University. Her research addresses the impact of cultural forms and representations on social and political change and knowledge production. She is the author of Culture and Adultery: The Novel, the Newspaper, and the Law, 1857-1914 and Open Houses: The Architectural Idea, the Rise of the Novel, and Nineteenth-Century Modernity (forthcoming in 2018), and the editor of Sanitary Reform in Victorian Britain: End of Century Assessments and New Directions  and a new edition of Henry Mayhew’s London Labour and London Poor (co-edited with Janice Schroeder and forthcoming in 2018). Barbara is also the founder and coordinator of the Carleton Climate Commons.

Ashley Dawson is Professor of English at College of Staten Island and the Graduate Center, CUNY. He is the author of four monographs: Mongrel Nation: Diasporic Culture and the Making of Postcolonial Britain (University of Michigan Press, 2007); The Routledge Concise History of Twentieth-Century British Literature (2013); Extinction (O/R Books, 2016); and Extreme Cities: The Peril and Promise of Urban Life in the Age of Climate Change (Verso, 2017). He is also the co-editor of four essay collections, Against Apartheid: The Case for Boycotting Israeli Universities, The State, Democracy, and the Struggle for Global Justice, Dangerous Professors: Academic Freedom and the National Security Campus, and Exceptional State: Contemporary U.S. Culture and the New Imperialism.

Steven Mentz is Professor of English at St. John’s University. He is author of three books, Shipwreck Modernity: Ecologies of Globalization 1550 – 1719 (2015), At the Bottom of Shakespeare’s Ocean (2009), Romance for Sale in Early Modern England: The Rise of Prose Fiction (2006), and three edited collections, Oceanic New York (2015), The Age of Thomas Nashe (2014) and Rogues and Early Modern English Culture (2004). He has published numerous articles on Shakespeare, ecological criticism, maritime culture, the history of the book, and related topics.  A sample of his interests, published works, and ongoing projects can be found on his blog, The Bookfish (www.stevementz.com).

Sonya Posmentier is Assistant Professor of English at New York University. Her first book Cultivation and Catastrophe: The Lyric Ecology of Modern Black Literature was published in 2017 by Johns Hopkins University Press. This book argues that extreme environmental experiences such as hurricanes, floods, and earthquakes as well as the slower social disaster of enforced agricultural enslavement have shaped black modern literature and culture, and in particular poetic forms. She is at work on a new book, Black Reading, about the intersecting histories of black cultural studies and modern lyric theory. Her essays and articles have appeared in The New York Times Book Review, American Literature, and the edited collections Race and Real Estate and the Blackwell Companion to the Harlem Renaissance, and she has published poems in Grey, The Seneca Review, and Perihelion. She regularly teaches a survey of Twentieth-Century African American Literature, as well as graduate and undergraduate courses on modern poetry, environmental literature, black criticism and theory, and black diaspora.

Jennifer Wenzel is Associate Professor of English and Comparative Literature and Middle Eastern, South Asian, and African Studies at Columbia University. Her book, Bulletproof: Afterlives of Anticolonial Prophecy in South Africa and Beyond, published by Chicago and KwaZulu-Natal in 2009, was awarded Honorable Mention for the Perkins Prize by the International Society for the Study of Narrative. Her essays on postcolonial theory, ecocriticism and environmental humanities, memory studies, postconsumerism, petrocultures, and African and South Asian literatures, have appeared in journals including Alif, Cultural Critique, Modern Fiction Studies, PMLA, Postcolonial Studies, Public Culture, Research in African Literatures, and Resilience. She has held fellowships from the Mellon Foundation, ACLS, NEH, and Princeton University’s Davis Center for Historical Studies. She is currently at work on two book manuscripts: “Reading for the Planet: World Literature and Environmental Crisis,” and “Contrapuntal Environmentalisms: Nature, North and South.” She has co-edited with Imre Szeman and Patricia Yaeger an anthology of keywords on energy, Fueling Culture: Energy, History, Politics, forthcoming from Fordham University Press.

This entry is licensed under a Creative Commons Attribution-NonCommercial-ShareAlike 4.0 International license.

Built with WordPress | Protected by Akismet | Powered by CUNY