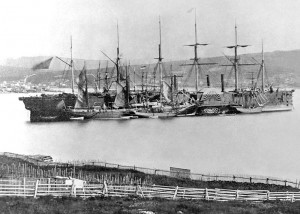 Maeve Adams is an assistant professor in the Department of English and World Literature at Manhattan College. She is currently working on two book projects that explore the intersections of literature, science and social movements in nineteenth-century Britain. The first project—“Forms of Persuasion in Nineteenth-Century Britain”—explores the history of persuasion, as writers various conceived of the philosophy and practice of persuasion, or what writers called “rhetorical force,” in the context of the Napoleonic wars, the rise of modern sciences and social and political reform movements of the period. The second project investigates the origins of modern academic disciplines by examining and historicizing the emergence of the modern academic journal, in a hybrid project combining traditional literary historical practices of close reading with new methods of digital humanities research. She is the author of articles in ELH, NCGS, and Statistics and the Public Sphere.

Hester Blum is an associate professor of English and interim director of the Center for American Literary Studies at Penn State. Her first book, The View from the Mast-Head: Maritime Imagination and Antebellum American Sea Narratives (UNC Press, 2008), received the John Gardner Maritime Research Award. She has also published a critical edition of Horrors of Slavery (1808), William Ray’s Barbary captivity narrative (Rutgers UP, 2008). She recently edited a special issue of Atlantic Studies on “Oceanic Studies,” as well as a volume of essays entitled Turns of Event: American Literary Studies in Motion (University of Pennsylvania Press, 2016). Blum is completing a book called The News at the Ends of the Earth: Oceanic Studies and the Ecomedia of Polar Exploration. She is a frequent contributor to Avidly, a channel of the Los Angeles Review of Books. Her work has been supported by grants from the National Endowment for the Humanities (most recently, a 2014-2015 NEH Fellowship), the Mellon Foundation, the American Philosophical Society, the Library Company of Philadelphia, the Huntington Library, the John Carter Brown Library, the Bibliographical Society of America, the Newberry Library, the National Humanities Center, and the American Antiquarian Society, in which she was elected to membership in 2013. A founder of C19: The Society of Nineteenth-Century Americanists, she was the C19 Vice President in 2014-2016 and become President in 2016-2018.

Margaret Cohen is Professor of Comparative Literature and English, and the Andrew B. Hammond Professor of French Language, Literature, and Civilization, at Stanford University. Her most recent book is The Novel and the Sea (Princeton: Princeton University Press, 2010), which was awarded the Louis R. Gottschalk Prize from the American Society for Eighteenth-Century Studies and the George and Barbara Perkins Prize from the International Society for the Study of Narrative. She is also the author of Profane Illumination: Walter Benjamin and the Paris of Surrealist Revolution (Berkeley: University of California Press, 1993) and The Sentimental Education of the Novel (Princeton: Princeton University Press, 1999), which received the Modern Language Association’s Aldo and Jeanne Scaglione prize in French and Francophone literature. In addition, Margaret Cohen coedited two collections of scholarship on the European novel: The Literary Channel: The Inter-National Invention of the Novel with Carolyn Dever (Princeton: Princeton University Press, 2002), and Spectacles of Realism: Body, Gender, Genre with Christopher Prendergast (Minneapolis: University of Minnesota Press, 1995). She edited and translated Sophie Cottin’s best-selling novel of 1799, Claire d’Albe (New York: Modern Language Association, 2003), and has edited a new critical edition of Gustave Flaubert’s Madame Bovary that appeared with W.W. Norton in 2004.

Charne Lavery is a fellow at the Wits Institute for Social and Economic Research at University of the Witwatersrand. She is working on two book projects. The first, under the provisional title, Writing the Indian Ocean, describes how authors of fiction in the twentieth and twenty-first century write from and about Indian Ocean shores. Imagining alternative forms of community to the European colony or postcolonial nation, their writing produces an oceanic world of South-South connections–the Indian Ocean world as an incipient and constitutive Global South. Her second book project shifts below the much-tracked surface of the sea to explore three-dimensional oceanic space, taking seriously the liquid and geographical qualities of the ocean. The project takes a posthumanist and ecocritical perspective on myths and fiction of the deep ocean, as well as on representations of on-going geologic exploration of mineral-rich deep-sea vents; recent discoveries of new species–including sea cucumbers and large-eyed sharks–as well as radically new forms of non-photosynthetic life; ocean trench disposal of nuclear and other forms of waste; and jelly-fish futures.

Jason Rudy is an Associate Professor of English at the University of Maryland, College Park. His research focuses on nineteenth-century literature in English, especially poetry. He is especially committed to thinking globally about the circulation of poetry through British Commonwealth spaces, in particular Australia, New Zealand, Canada, and South Africa. His first book, Electric Meters (Ohio University Press, 2009), looks at the ways Victorian poetry was inspired by and in conversation with developments in the electrical sciences: for example, the invention of the telegraph and the discovery of electromagnetic radiation. He is now finishing a book-length project called Unsettling the Poetry of British Colonialism, a study of poetry written by nineteenth-century British emigrants in colonial spaces. A chapter from that project appeared in the Spring 2014 issue of the journal ELH.

Cannon Schmitt is Professor of English at the University of Toronto. His primary teaching and research field is Victorian literature and culture, with a particular focus on cultural studies of science, especially evolutionary theory; the novel and narrative theory; and the novel and the sea. In his first book, Alien Nation: Nineteenth-Century Gothic Fictions and English Nationality (University of Pennsylvania Press, 1997), Schmitt argues that Gothic novels pose as semi-ethnographic texts, representing Continental Europe, the Far East, or Ireland as fundamentally un-English, sites of depravity, while elaborating a concept of Englishness in which threatened female figure stands in for the globe’s then most powerful nation. In Darwin and the Memory of the Human: Evolution, Savages, and South America (Cambridge University Press, 2009), Schmitt investigates the Victorian engagement with South America through the writings of Charles Darwin, Alfred Russel Wallace, Charles Kingsley, and W. H. Hudson. In their different ways, all these men encountered South America as and through memory; all parlayed that encounter into narratives about savagery and civility, race and the origins of humanity. At present he is at work on a SSHRC-funded book project tentatively titled The Literal Sea in which he hypothesizes that the ocean and its associated phenomena—tides, prevailing winds, marine engineering, ships under sail—constitute a privileged locus of the literal in Victorian fiction. With Elaine Freedgood, he co-edited a special issue of Representations on the possibility of such a mode of reading:Denotatively, Technically, Literally (2014). A former editor of Criticism who continues to serve on the journal’s Editorial Board, he is also a founding member of the North American Victorian Studies Association (NAVSA) and served for six years (2008-14) as Canadian representative on NAVSA’s Advisory Board.

Christopher Taylor is an assistant professor of English at University of Chicago. His research and teaching focus on the hemispheric Americas in the nineteenth century. Working at the edges of economic history, political theory, and literary studies, Taylor studies how West Indian creoles drew on ideas and texts to develop norms and model polities opposed to slavery, economic liberalism, and expansionist imperialism. His current book project, Empire of Neglect: Imagining the Americas in a Liberal Age, explores how British West Indians responded to the discursive and institutional rise of liberal political economy within the British Empire. Arguing that economic liberalism brought creole notions of imperial citizenship to crisis—a crisis that they glossed as “neglect”—he shows how West Indian authors drew on hemispheric resources to imagine anti-liberal modalities of political community. Taylor is beginning research for two subsequent projects. The first is tentatively titledI’m a Slave for You: Atlantic Modernity’s Impossible Subject. It explores Atlantic modernity’s emergence as premised on making it unthinkable—in political, legal, and cultural terms—for a human being to enslave him- or herself. The second is tentatively titled Theory in the Age of the Less-Lethal. In it, Taylor reads several theoretical discourses elaborated through the early millennium—on precarity and vulnerability, on biopolitics and biopower—as both symptomatic of and functional for putatively democratic states’ absorption of spaces of critical publicness. How might we think of social movements as social scientists, of collective political actors as collective epistemic actors who generate forms of knowledge we need to know?

Amitav Ghosh is the author of the bestselling The Ibis Trilogy; Flood of Fire, Sea of Poppies, and River of Smoke. Sea of Poppies was shortlisted for the Man Booker Prize in 2008 and awarded the Crossword Book Prize and the India Plaza Golden Quill Award. Ghosh is also the author of The Circle of Reason, The Shadow Lines, In An Antique Land, Dancing in Cambodia, The Calcutta Chromosome, The Glass Palace andThe Hungry Tide.

Born in Calcutta, Ghosh grew up in India, Bangladesh and Sri Lanka, and studied in Delhi, Oxford and Alexandria. Ghosh’s work has been translated into more than twenty languages and he has served on the Jury of the Locarno Film Festival (Switzerland) and the Venice Film Festival (2001). In January 2007 he was awarded the Padma Shri, one of India’s highest honors, by the President of India.

Ghosh’s essays have been published in The New Yorker, The New Republic and The New York Times. He has taught in many universities in India and the U.S., including Delhi University, Columbia, Queens College and Harvard. In 2010, Ghosh was awarded honorary doctorates by Queens College, New York, and the Sorbonne, Paris.

Built with WordPress | Protected by Akismet | Powered by CUNY